Ron's Orbital Perspective Has Made a Profound, Positive Impact on Millions

Keynote speaker Ron Garan is a highly decorated NASA astronaut, fighter pilot, and active social entrepreneur who believes that appropriately designed and targeted social enterprise can solve many of the problems facing our world.

He is the author of the critically acclaimed book The Orbital Perspective and is currently launching two new books: Railroad to the Moon and Floating in Darkness. 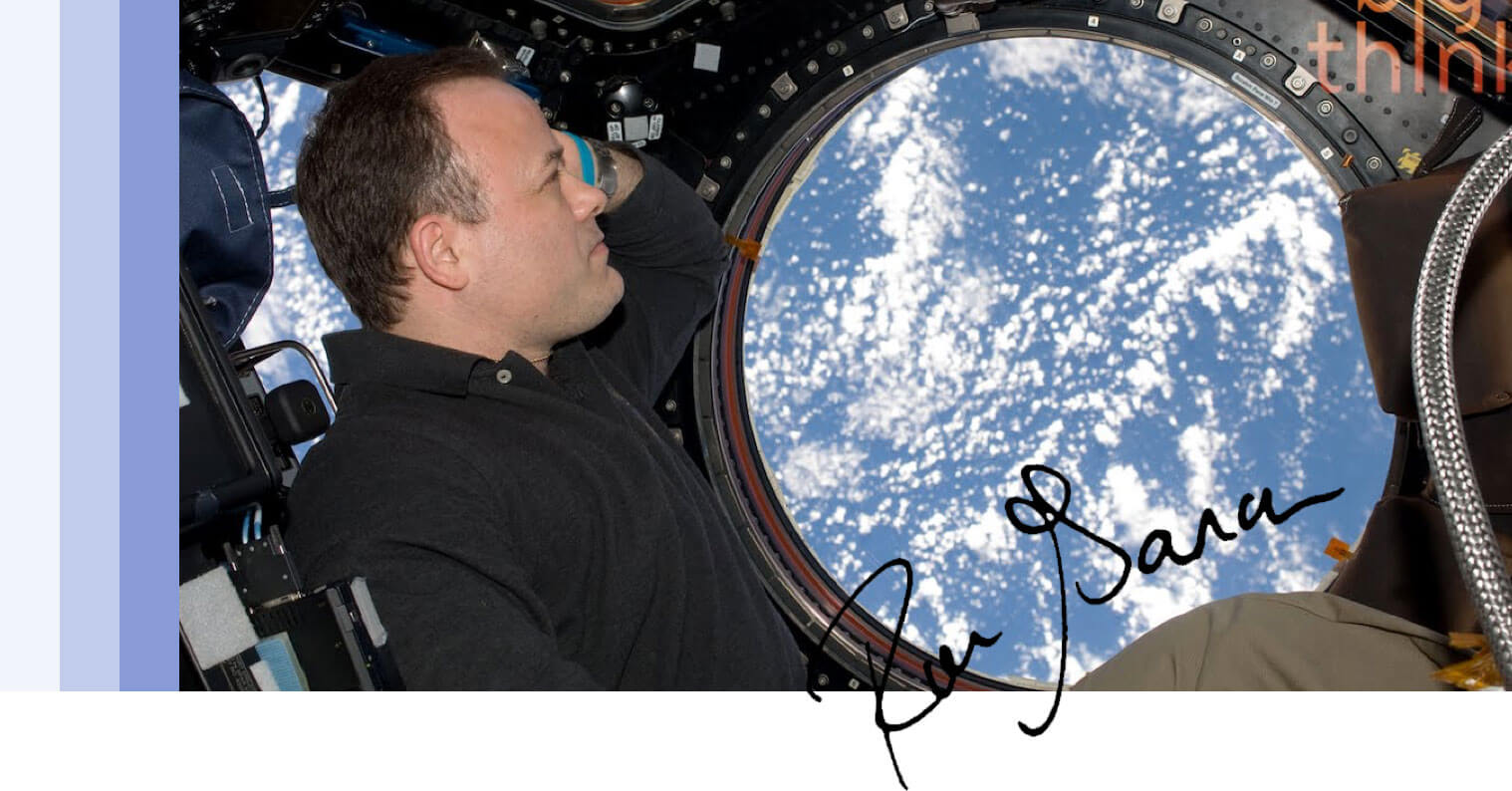 Having enjoyed an illustrious career that has cemented Colonel Ron Garan’s place as one of the world’s most influential individuals, the iconic father of three is a decorated NASA astronaut, fighter pilot and test pilot, a humanitarian, and a social entrepreneur.

As part of a select group of individuals who have been fortunate enough to see the world from space, Ron champions his “orbital perspective” message to improve life on earth. Ron is celebrated not just for his research in space but also for his humanitarian contribution to life on earth.

Ron has spent 178 days in space and has traveled more than 71 million miles during 2,842 orbits of our planet. He flew on both the US space shuttle and the Russian Soyuz spacecraft, where he accomplished four spacewalks. Ron also spent eighteen days at the bottom of the ocean during a research mission held in the world’s only undersea research lab, Aquarius.

Later, Ron was assigned to the US Agency for International Development, leading the Unity Node project. The project’s task was to develop a universal, open-source platform, enabling humanitarian organizations to work toward mutual goals. In 2007, Ron co-founded Manna Energy Limited. Created with the goal of leveraging the carbon market to finance humanitarian projects, Manna is the first organization in the world to register a United Nations Clean Development Mechanism carbon credit program for water treatment.

From representing Manna as one of ten global innovators in the field of water purification during the inaugural Launch Water Forum to his role as advisor to the social business movement, Ron continues to work toward a cleaner, safer, and more peaceful planet. Ron’s breakthrough book, The Orbital Perspective : Lessons in Seeing the Big Picture from a Journey of 71 Million Miles, is published by Berrett-Koehler. 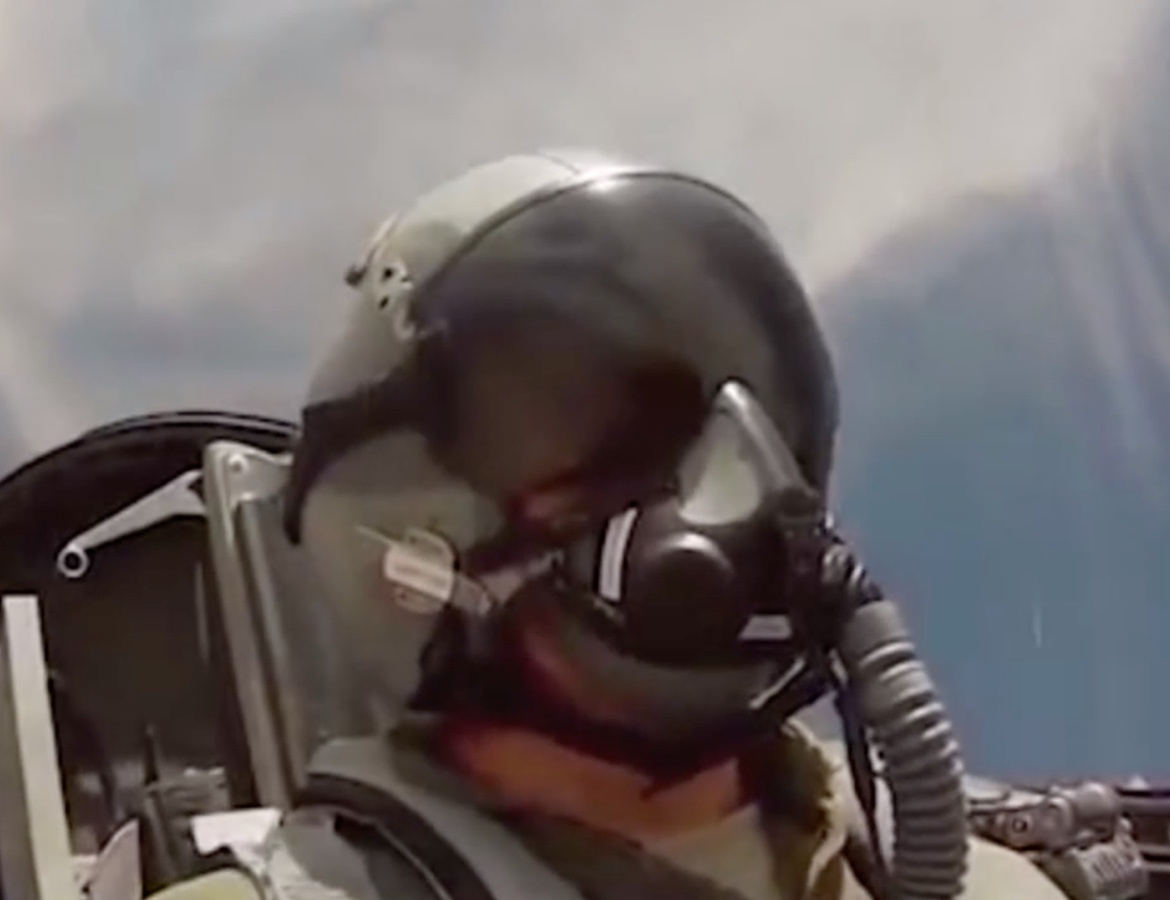 A thirty-year career in the US Air Force and NASA has given Ron a unique perspective on how teams function under stress.

Ron has been a member of several high-performing teams in combat, during high-risk test flights, and in dealing with life-or-death aircraft emergencies—which have forged a process to turn stress into performance. Ron merges those lessons with his entrepreneurial and corporate executive experience, providing unique insights for organizations facing tough challenges. 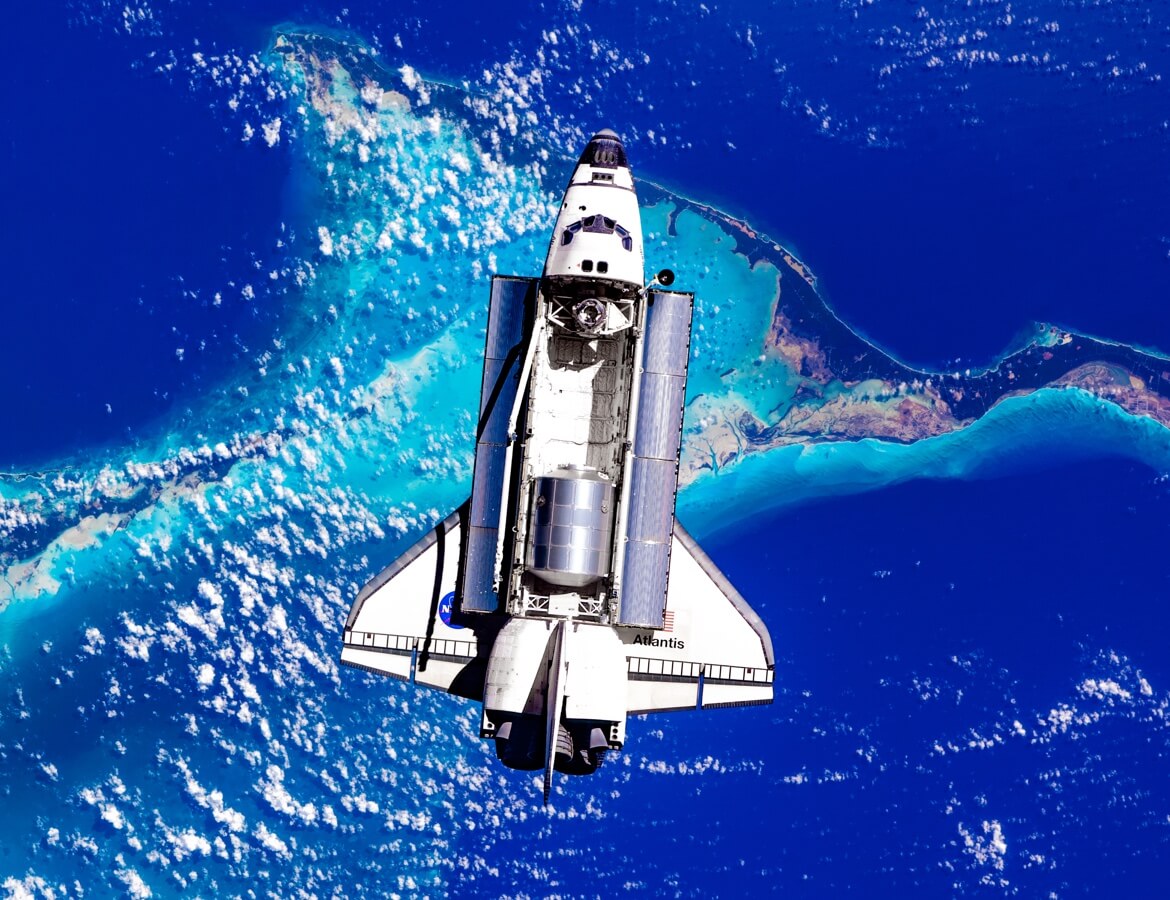 The idea of strapping yourself to a rocket filled with 4 million pounds of explosives forces one to learn and accept new technology.

Many of the problems facing organizations today have technological solutions. However, we can’t just slap a technical Band-Aid on a problem and expect it to go away. Success occurs when we take a holistic approach to technical solutions. Using real-world examples, Ron navigates the benefits and unintended consequences of technology in an increasingly interdependent landscape. 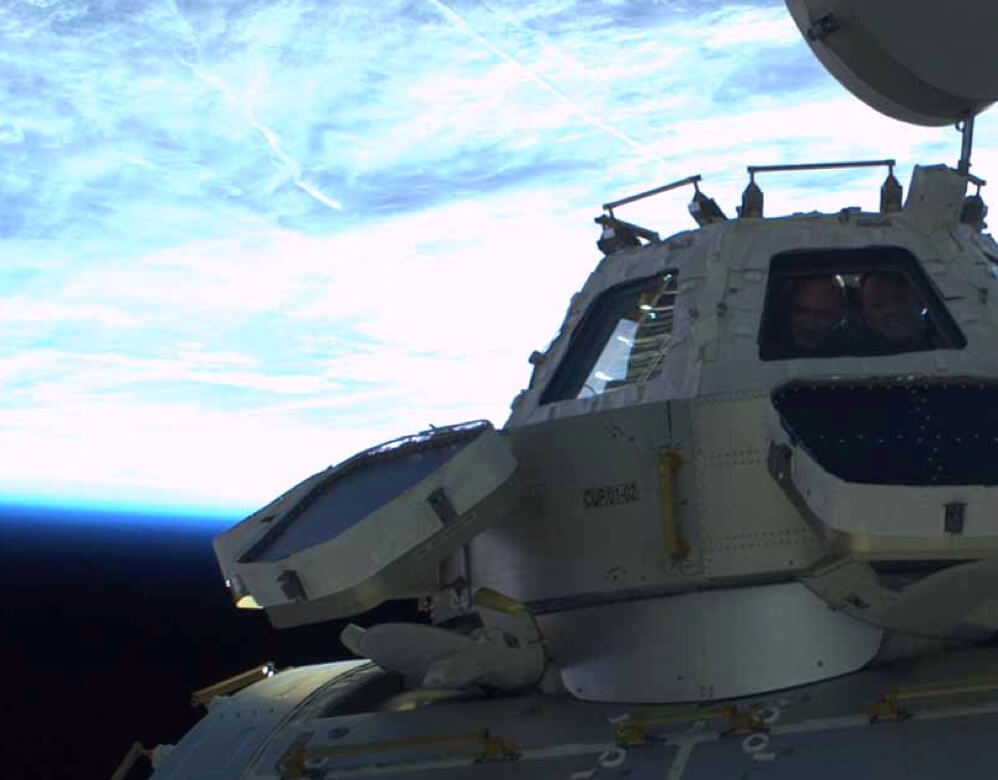 Imagine if you were one of only six hundred people to see the Grand Canyon— or to see a flower. How would you describe that awe and wonder to the rest of us?

Starting from a foundation of awe and wonder changes everything. It is the “secret sauce” that opens the mind to new ideas, connections, and creative solutions. Ron uses the magic of awe and wonder to inspire your team and your mission, and to encourage new alliances. 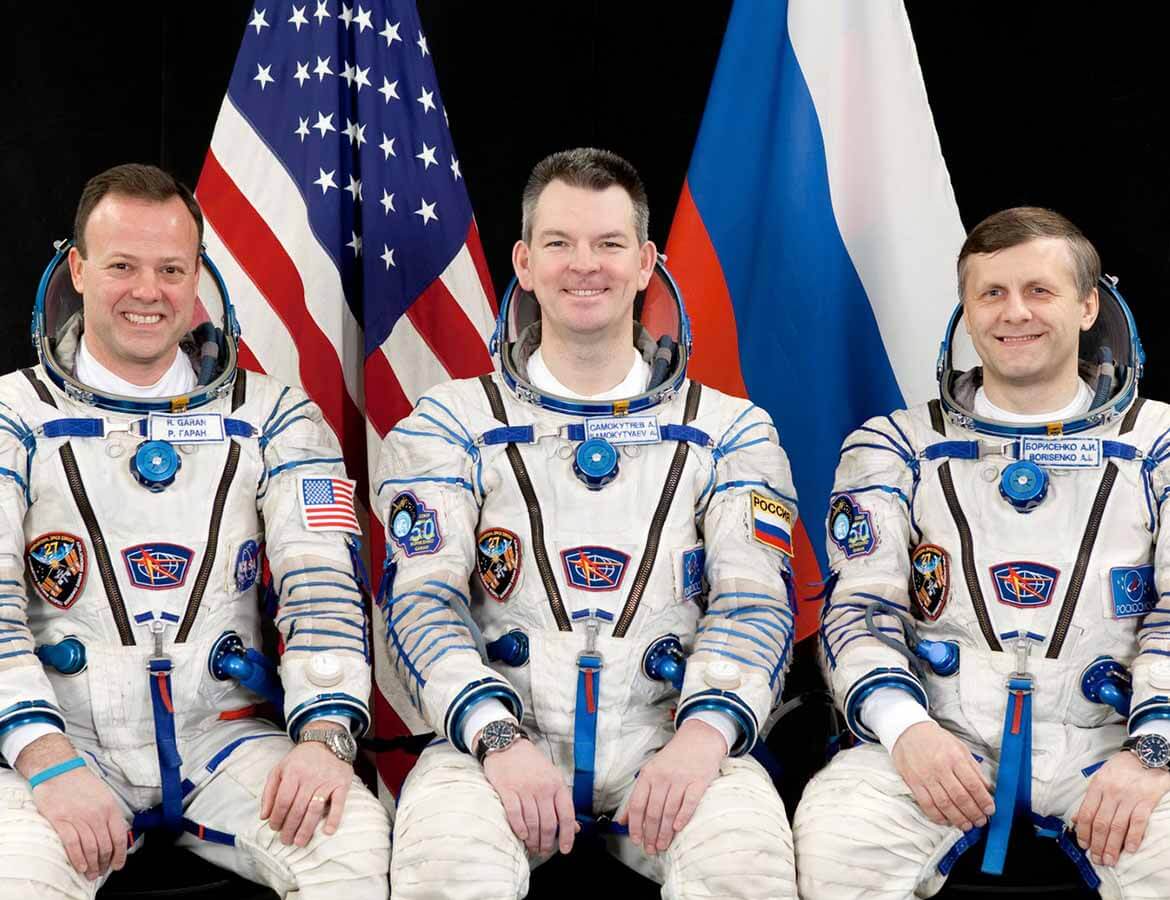 The platform that made the International Space Station possible was mutual trust. Trust is difficult to earn and easy to lose.

Using the example of the ISS and many others, Ron drives home the reality that the only way to ensure long-term success and progress is to start by building a foundation of trust. Only through trust are we able to set aside our differences and work together toward a shared goal.

What is undeniably clear from the orbital perspective is that each and every one of us is traveling through the universe together on this spaceship we call Earth, that we are all deeply interconnected and interdependent.

From space, Ron was able to look back and see what we have always been, one single human family with a common origin. Ron returned to earth with a deep realization of the reality of our shared destiny. Since we are all in this together, the only way we will solve the challenges we all face is together. 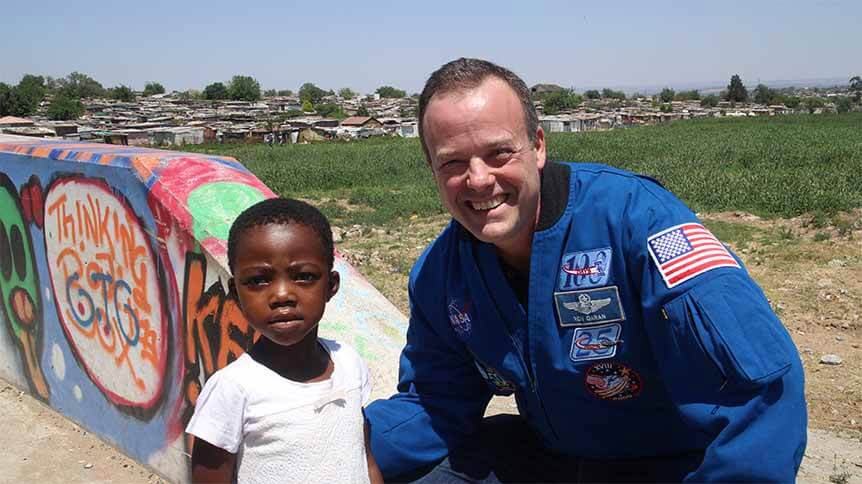 We Have the Tools to Build a Brighter Future

Ron launched into space with a belief that we already have all the resources and technology necessary to solve many, if not all, of the problems facing our world. He spent much of his free time on the space station pondering the question “If that is true why do so many problems still remain?”

Let’s Talk About
Your Next Event

Inspire your organization to embrace change, increase productivity and value collaboration with keynote speaker Ron Garan. Ron customizes every motivational keynote presentation and will challenge your teams to turn big ideas into action.